Look everywhere in the Bible Mr. Trump, the BOOK is all about lived lives of immigrants and immigration issues. “Sojourners” they were called most of the time, but guess what! The scripture is quite clear on how best to treat them. In case you do not know about these, well, America as a nation has always kept strictly to these Biblical rules – that is why it has remain blessed, and that is why diversity has always been at the core of its strength as a nation. To undo all these is to bring an eternal curse and damnation on a land that once harbor your immigrant GrandPa, many years after Independence from the British.

Immigration in the Bible started from the day “Adam and Eve were forced out of the garden,” in Genesis 3:22-24, continued to when, “Noah builds an ark and takes refuge from the flood,” in Genesis 7 and 8.

Go to Genesis 12:10, “Now there was a famine in the land. So Abram went down to Egypt to reside there as an alien, for the famine was severe in the land.” Then in Genesis 19, Lot takes his family and flees Sodom. And Genesis 23 confirm, “Abraham is a stranger and an alien in the land of Canaan.”

Genesis 46:1-7, tells us that, “Jacob moves his family to Egypt to escape the famine and reunite with Joseph.” And in Genesis 47: 1-6, we are informed that, “Joseph brings his brothers to Pharaoh and they are welcomed and given jobs.”

Now in Exodus, which we are all familiar with (not sure if you are ever religious) but chapter 1:8-14, the Bible says, “Joseph’s generation is gone, and the Egyptians oppress the Israelites. They set taskmasters over them to oppress them with forced labor.”

Please note and underline the fact that, if “Joseph’s generation is gone,” then the God fearing generation of Pharaoh’s and the rest of the Egyptian ruling elites of Joseph’s time were gone as well. Meaning, we have a new generation and a new governing body made up of privileged kids with privileged upbringing most similar to yours. According to Biblical details, they are decadent spoiled brats. They knew nothing about having a covenant with God except themselves as one, and in their most square-toad moment went ahead to punish and exploit Moses’ generation of aliens and immigrants amongst them…

Guess what! The Egyptians were severely punished for mistreating these class of aliens. Now, is this the type of wrath you wish to bring on all Americans in this day and age.

Well, to prevent this from happening again, the Bible instructed leaders and all governing bodies in Numbers 9:14 and 15:15-16 – “…you shall have one statute for both the resident alien and the native.” And in Leviticus 24:23, we were told, “Moses receives God’s law: “With me you are but aliens and tenants.”

To do otherwise, Mr. Trump, is to bring an eternal curse of America. If in doubt, check what the Bible said in Deuteronomy 27:19 , “Cursed be anyone who perverts the justice due to the sojourner,…

Remember, Romans 12:13, the “Mark of the true Christian: “…Extend hospitality to strangers…” “It is a question of a fair balance between your present abundance and their need…” II Corinthians 8:13-15

Presently, America is abundantly blessed and what is needed for the challenge of the nearest future is… A similar thing occurred in the Bible after the rule of David and at the onset of Solomon a vending the throne. Now, what did the wise Solomon do? The scripture said in II Chronicles 2:17-18, that, Solomon took a census of all the aliens and assigned them work.

Most immigrants in America – especially the ones you hared the most are engaged n hospitality, farming and technology sector. Do you want to kill off these businesses because you an compete with the new anymore or what?

The book of James 2:1-4 warned us, “My brothers, show no partiality as you hold the faith in our Lord Jesus Christ, the Lord of glory. For if a man wearing a gold ring and fine clothing comes into your assembly, and a poor man in shabby clothing also comes in, and if you pay attention to the one who wears the fine clothing and say, “You sit here in a good place,” while you say to the poor man, “You stand over there,” or, “Sit down at my feet,” have you not then made distinctions among yourselves and become judges with evil thoughts?”

Obviously, the only time you were kind to strangers is and has always been when you can make money from them….But if you are to lead a country, Hebrews 13:2 said, “Do not neglect to show hospitality to strangers,”

So far you are violating all these rules, and like Zechariah 7:10 said, you are “devising evil against mother in your heart”

Advise, if you want to be a Pharaoh, be one in your household, reap the curse and the affliction within the inner circle of your own immediate family. Do not bring this type of affliction on Americans.

The #Christian #Bible provided clear guides on how to deal with #Immigrants and #Immigration issues Mr. #Trump. 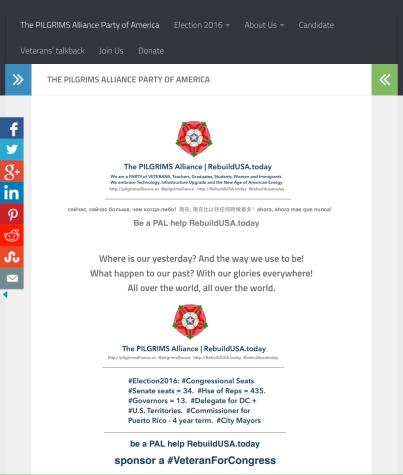 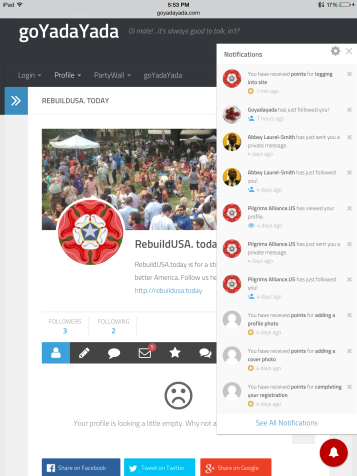